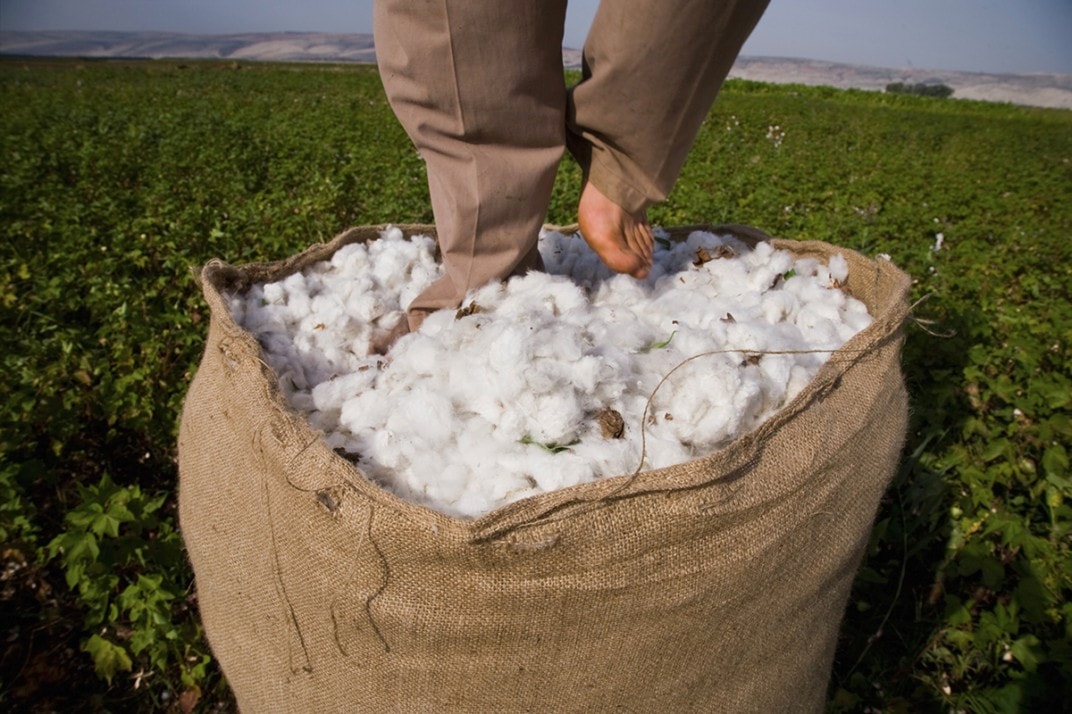 Global cotton stock has grown to an all-time high and is expected to rise even more. According to the U.S. Department of Agriculture (USDA) forecast for 2013/14, the global stock is expected to grow to 92,741,000 bales of cotton.

112 billion T-shirts in stock
That is more than 112 billion T-shirts in stock. A bale (480 lb.) of cotton weighs approximately 500 pounds and can produce enough fabric for about 1,217 men’s T-shirts. While the ‘stock to use’ level is predicted to grow for the fourth consecutive year and will reach a record level of 84 percent in 2013/14 – up from 39 percent in 2009/1 – cotton prices remain remarkably stable.

Cotton price not expected to drop
Ever since the price of cotton reached the extraordinary all-time high of 229 dollars in March 2011, production has increased and prices have shown a strong downward trend. However, the tides have turned; in fact, prices on international markets have gone up by almost 10 percent in the last six months to 93 dollars.

China, India and Pakistan account for 65 percent of consumption
An explanation can be found in next season’s forecast starting in August that shows that world cotton production is expected to decrease while consumption increases by 2 percent annually. Demand from large consuming countries like China, India and Pakistan (65 percent of total consumption) is still rising, while production in the United States (the largest export market) is declining. While the global area harvested has been the same since 1980 and production has almost doubled, one might wonder if future demand can be matched. The world of sourcing is at a tipping point and the textile and garment manufacturing industry is going through the most radical change since the industrial revolution. As in other industries, innovation is highly necessary. For example, bigger retail chains have started recycling clothes, which might be the answer to providing enough fabric for the growing world population at affordable prices.